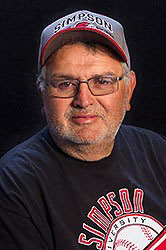 REDDING, Calif. - Simpson University softball coach Wayne Stower has been named Coach of the Year by the California Pacific Conference (Cal Pac) for the sixth time.

Stower, a longtime Red Bluff resident and Redding-area coach, started coaching the Red Hawks in 2008 and has won Cal Pac Coach of the Year in 2010, 2012, 2014-2017. The award is based on a voting process that includes coaches from other Cal Pac schools.

Stower led the Simpson University softball team, which also competes in the National Association of Intercollegiate Athletics (NAIA), to its second 40-win season and seventh Cal Pac regular season title in eight years. Six of his players also received Cal Pac honors this year, including Player of the Year and Pitcher of the Year. 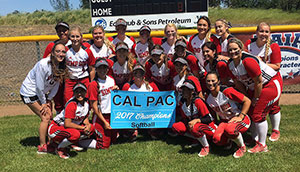 The nationally ranked Red Hawks started post-season play by hosting and winning the Cal Pac Softball Championships. As the winner of the conference tournament, Simpson advanced to a NAIA Softball National Championship Opening Round. They competed in the Oklahoma City bracket on May 15-17 as the No. 2 seed and were eliminated from the series by No. 1 Oklahoma City University. Learn more at simpsonredhawks.com.

Before coming to Simpson, Stower coached at Foothill High School in Palo Cedro for seven years. He also coached American Softball Association girl’s softball from 1995-2007. Stower and his wife live in Red Bluff and have two adult children.