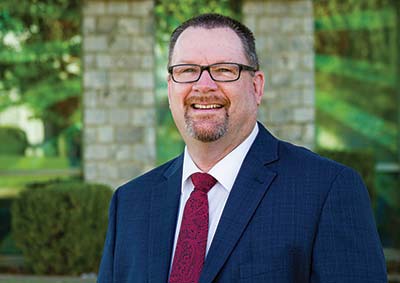 REDDING, Calif. - Simpson University President Robin Dummer has announced that he will retire at the end of the 2017-18 academic year.

Dr. Dummer said he and his wife decided earlier this spring that he would retire at the end of May 2018 when his current presidential contract ends. “It was my desire to provide the Board of Trustees with sufficient time to conduct a presidential search,” he said. “The Board was gracious, encouraging and honoring in response.”

He said his priorities during the upcoming academic year will be on positioning the university for growth.

“My focus this coming year will be on fundraising, strategic planning, increasing strategic partnerships, and diversifying the sources of revenue for the university,” he said. “The focus will be on satisfying the criteria for clear accreditation status and increasing the capacity to thrive.”

The Board has begun forming a presidential search committee, which will include trustees, faculty, staff, and others, Board Chair Norm Reinhardt said.

“The Board of Trustees is deeply appreciative of the strength, intelligence and grace that Dr. Robin Dummer has brought to Simpson University over many years,” he said. “He has served in many roles and responsibilities during his tenure at Simpson. Dr. Dummer has brought consistency and integrity to his positions, tempered with compassion and a deep and abiding faith. His dedication to the good of the university has marked his work throughout, and we congratulate him on a retirement well-earned.”

Dr. Dummer was inaugurated as the 14th president of the university in fall 2015, after serving two years as interim president. He has longtime ties to the university, graduating from then-Simpson College in 1976 in San Francisco. He received a master of divinity from Golden Gate Baptist Theological Seminary, a master of arts in history from California State University at Chico, and a doctor of education in educational leadership from George Fox University.

During the past 23 years, Dr. Dummer has served the university in a variety of roles, including professor of history, chair of the faculty senate, chair of the Humanities and Business Division, dean of the School of Traditional Undergraduate Studies, accreditation liaison officer, associate provost, and president.

Dr. Dummer received the Professor of the Year award (traditional undergraduate) in 2002 and Teacher of the Year award from the School of Adult Studies (ASPIRE) in 2000. He was the recipient of the Clarence McIntosh-William Hutchinson Research Scholarship in California and Western History at CSU Chico.

Dr. Dummer and his wife, Debbie, met while students at Simpson. They have been married for 42 years and have two daughters and three grandchildren.