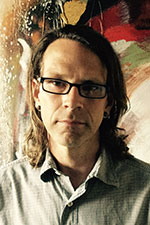 First Parish in Brookline, Mass., selected Dr. Pinkston from among other composers who were asked to apply anonymously with two recent musical scores and a written proposal outlining a three- to six-minute piece. The composition can be a capella or accompanied by drums, with text in any language.

Dr. Pinkston, professor of theory and composition, proposed a piece called “Hope,” based on the poem of the same name by Emily Dickinson. The First Parish choir will premier his completed work on June 4 in Boston.

During his 15-year tenure at Simpson University, Dr. Pinkston has won multiple composition awards and composed two symphonies, which have been performed by the North State Symphony, Shasta Symphony, and the Juneau Symphony Orchestra in Alaska.

During the 2016-17 school year, Dr. Pinkston’s composition “In This Great Expanse” was performed by the Shasta Symphony Orchestra at an outdoor concert in Whiskeytown National Recreation Area, in celebration of the National Park Service’s centennial.

In October, Dr. Pinkston was a featured guest composer at a faculty concert at Vanderbilt University in Nashville that included two of his original compositions. On Dec. 11, his piece “Benedictus,” for choir and orchestra, premiered in Arlington, Texas.

In February, the Now Ensemble will perform Dr. Pinkston’s piece “Collisions XIII” at the Tutti Music Festival at Denison University in Ohio. He was chosen out of 700 applicants to have a piece in the festival.

Also in 2017, the North State Symphony will premiere his "Concerto for Violin," a work commissioned by two Shasta County arts patrons.